Posted on March 29, 2015 by frontrangescribbles — 2 Comments 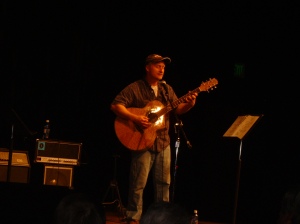 The Colorado Springs artist Jason Bennett has released nine albums during his 25 year music career. His most recent album, The Ash Season, was released in 2014. Jason will be my guest tonight on Front Range Radio to discuss his career and his music. This is one of my favorite songs from Jason, hopefully I can get him to do a live version tonight in the studio.

Tune in at 9pm ET to KCMJ at http://www.kcmj.org/listen or on your smartphone and tablet with the free TuneIn App.