This week on Front Range Radio I will be featuring songs from Olivia Rudeen.

Olivia got her start at a young age her family was musical she said and her father had her play along to Jimmy Buffett on Tupperware in the kitchen. She started guitar lessons at the age of nine, started writing songs and formed her fist band called The Panic when she was twelve. She released her first EP “Until Now” in 2010 produced by Justin Peacock.

In 2012 she, along with her songwriting partner Jeff Zacharski, won the country category at the Durango Songwriters Expo in Santa Ynez CA. 2012 also saw the release of Olivia’s second EP Almost June which was produced by Jimmy Stoffer who also worked with The Fray. Olivia said it was good working with Jimmy because “he has a really good ear for what is catchy and commercial but what is also unique and maintains the integrity of the song and the artist”. Jimmy played bass on her “Until Now” EP. the biggest thing she learned from working with Jimmy was that no piece of a song is too small. 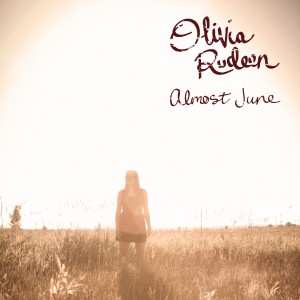 Olivia’s song “Better Off” was featured in ABC Family’s show “Jane by Design” Olivia said that came about from the Durango Songwriters Expo she got to play a CD of her material for the producer of the show. The producer liked her material, took the CD with her, and luckily they had a breakup scene in the show that the song fit.

Olivia just recently moved from Denver to Nashville TN to work on her songwriting and to further her career, like the title says Denver’s loss is Nashville’s gain.

You can hear several of Olivia’s songs Sunday night at 9pm Eastern Time on Front Range Radio which will debut on http://www.party934.com 94.9 FM Hudson Valley NY. To learn more about Olivia, please visit her website http://www.oliviarudeen.com You can purchase her music from iTunes.